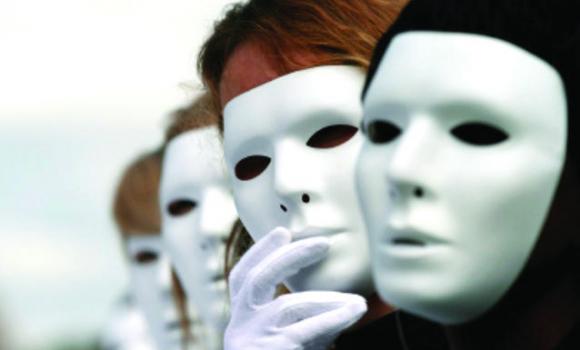 Do you think you are acting like someone else to be accepted in a relationship?

Do you think you have lost yourself somewhere in the process to make the relationship work?

You never hang out at malls as you used to.

You don’t hang out with your friends.

You never call them anymore.

Your live is confined to the four walls of your house and revolves around one person only that is your better half.

You wear clothes he likes.

You cook what he loves to eat.

You wear colors he likes.

You meet people he wants you to meet.

You forget what it meant to like have fun.

Your very existence is depended upon your better half.

If he says you look like a mess you feel the same.

In order to be a good wife you have lost the most important person— that’s you.

If you notice the above scenario is a common place in the society we live in.

As soon as women get married their own life ends.

And they think their only aim in life is to make their better half happy.

There’s nothing wrong with the notion as long your own happiness isn’t compromised.

And I don’t see any reason why your own happiness won’t be compromised when you are doing things that you don’t like, things that are not a part of your personality.

Until one day you wake up from slumber and realize you are unhappy with your life and there’s no ‘You’ in a relationship. The relationship is all about him. You end up  feeling worthless, heart broken, and  depressed.

Now the big question is how you can make your spouse happy without losing yourself?

If your husband likes watching football match and you don’t, doesn’t mean you have to watch it with him to make him happy. You don’t have to force yourself to like something that’s not your thing. But that also doesn’t mean that your start disrespecting and criticizing his choices, instead you can say something like, “Honey, I am sure the match is going really well and I understand your excitement but really I won’t be much of a companion since I don’t know much about football.”

Invest in your happiness

You must invest in things that make you happy. If you have to go out with his friends doesn’t mean you desert your own friends, its fine you can catch up with your friends in his absence.

Make yourself a priority

There’s no such thing as you can’t say NO in a relationship and surrender your happiness. You have to be little diplomatic ladies in in order to have your own way without offending your better half. You should always give him the impression that you do things only he wants while always prioritizing yourself. The key is never to indulge in a heated argument or be disrespectful. Just give him the impression that you always do as he says. That would suffice to win your spouse t rust and confidence and then see the magic happens.

Does religious morality help in relationship?

Are you dating a married man? Here’s what...

Relationship Advice – Triple the Love in Your...