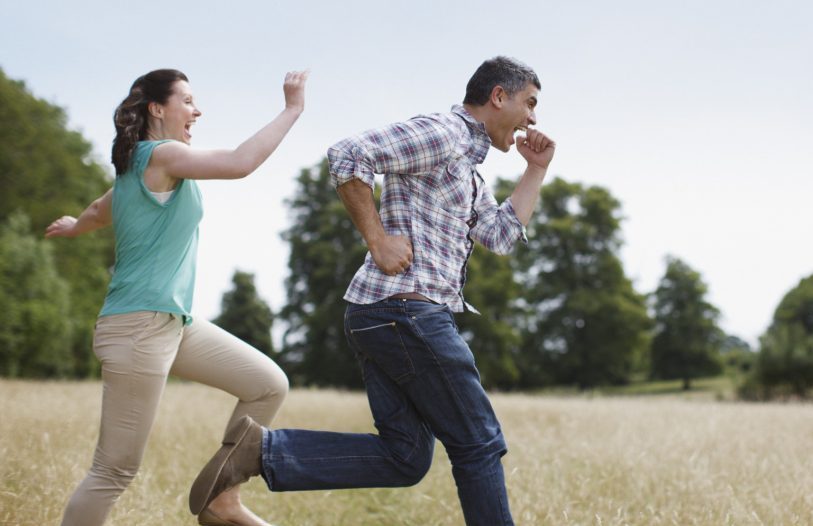 Whenever, you broach the subject of marriage, all the color drains from his face.

He has panic attacks.

He tries to change the topic.

He tries to distract you.

He pretends as if he hasn’t heard you, “excuse me, but did you say something to me.”

All the above signs are a clear indication that your guy will never marry you and he is trying to run away from the subject of marriage or he is simply not ready for a commitment.

To be honest many men when it comes to women turn out to be whore radar, as soon as women jump to bed with them, they are no longer interested in them.

The last thing a man is looking for is to tie knots with a woman, that’s equal to killing his freedom.

Who would like to be caged, when there are plenty of women and not to mention sex available without getting into a complicated relationship or bear the responsibility of a demanding wife and kids?

Men are scoundrels (Sorry guys) but that’s what you are when you give women false ideas of being interested in them and run away the moment they mention marriage.

So, why do men run away from marriage?

The more the flavors the better

Who wants to eat the same boring flavor of ice cream every day when there are so many exciting flavors available in the market? Who wants to eat the home made boring food every day, when they are so many exotic dishes available in the restaurant menu every day. Similarly, men consider women as flavors —the more flavors the better. The idea of spending rest of their lives with one woman, clinging to them every day, every night…naaah! the idea is too boring for them.

Men get off on the responsibility part. They like being with women as long as there are no strings attached — Great sex, no demands, no commitment. That’s how they like it. That’s why one night stands are so convenient for men.  The moment, women mention marriage, they run away wild, the word “Marriage,” sounds like, “Warning, danger ahead.” to men.

They love their freedom more than anything in life

Every guy loves his bachelor’s life. He hates it when anyone (even a woman in his life) for the matter, questions his life style. He doesn’t like anyone asking about his plans or upon his late night arrival at home, neither does he need unsolicited advice regarding who he should/shouldn’t he hang out with. The last thing he wants is a mommy figure around questioning him, calling him every hour demanding him to come home early. He doesn’t want to change the life style he is used to of, and changing it for a woman is a big no no.

His motto of life is eat, drink and merry, Period.  He doesn’t want any woman deprive him of his freedom. He wants to enjoy his life to the fullest.

Guys can practically survive wearing jeans for the whole week, and eating whatever is available in the pantry hell they can survive on leftovers or instant noodles, or quickly grabbing anything on the way to work. They are more than happy with their lifestyle. The thought of a nagging wife sitting at home demanding their time, grocery, changing a baby’s diaper, or stroll the baby scares the hell out of them, hence they prefer to stay a bachelor.

Great Gifts For a Girlfriend

Wake up! Your husband is cheating on you

How Bad Habits Can Cause Bad Breakups